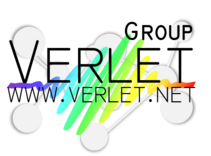 SPECTROSCOPY AND DYNAMICS OF BIO-CHROMOPHORES

Motivation: Time-resolved photoelectron imaging is used to probe the details of light activated processes of chromophores found in the natural world.

Philosophy: While biology is incredibly complex, very often, rather simple molecules are involved that drive the biological cycles. This is – to some extent – the case in photon-driven biochemistry such as in vision, DNA photodamage, phototropism, and fluorescent proteins. Often, these are anionic and anion photoelectron spectroscopy is ideally suited to probe the primary events triggers in these molecules.

DNA: Nucleobases absorb UV light efficiently and then dissipate this energy through internal conversion to form the ground state. While extensively studied as isolated molecules, the nucleobases are naturally found in nucleotides and these string together to make DNA strands that pair up to make the double helix… and all of that is dissolved in water. Our goal is to incrementally work toward DNA starting from the bottom. To this end, we have successfully probed the dynamics in nucleotides and oligonucleotides and have probed the effects of multiple charges.

Green fluorescent protein: While the protein is a large complex molecule, a small anionic chromophore in the centre is responsible for its photoresponse. We have probed the spectroscopy and dynamics of the GFP chromophore in both the visible and UV.

Photoactive yellow protein: Similar to the above, a small anionic chromophore is responsible for the protein’s response. In PYP, this involves an isomerisation. What has not been known is which bonds are involved in this isomerisation coordinate. We have used photoelectron imaging to unpick this by monitoring the nuclear and electronic evolution of the valence excited state.